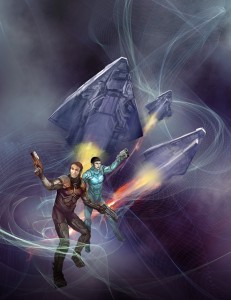 River of Heaven is now available via DriveThruRPG.com in both pdf, print (hard cover and softcover) and print/pdf bundles.

Look at an example character 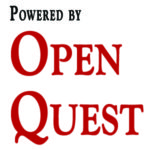 Friends and Foes
An A-Z list of lifeforms that may be encountered by the player characters during their adventures. It includes humans from the various divergent cultures and castes, mundane animals encountered on many worlds of humanity, and some more exotic creatures too.

An introductory adventure designed to get you up and running River of Heaven as soon as possible. It can be played as a one-off, or as the start of a campaign.

Almost a century ago, against the better advice of the Hegemony, the Solar Witnesses despatched the Revelation – an antimatter torch ship – on a pilgrimage to the Machine Civilisation Polis in the Altair star system.It never came back. That is, until now.You are members of a freelance search and rescue team hired by the Solar Witnesses to salvage their ship, and find out what exactly happened out there.

A Message from Furthermost

A Guild Stepship goes missing on a remote colony and a team from Special Circumstances is sent to find out what happened. A standalone adventure, with pregenerated characters that can easily be combined with the previous two adventures or dropped into an existing campaign.

A short campaign, rules, background and articles to aid any River of Heaven GM. (eta Summer/Autumn 2015).

Yes, River of Heaven has an accompanying soundtrack album, by my friend Keef Baker in his Slipdrive guise.

Listen to it for free here and if you like it click on the link to buy via Bandcamp.