Be a wild Barbarian, a deadly Fighter, a soul-torn Magician or a sword sharp canny Thief, fighting evil Tyrants, foul Sorcerers and demons in a world rapidly dying and heading towards its final Nemesis.

Using a modified version of Swords and Wizardry, which in itself is a tribute to the earlier versions of the world’s most popular fantasy roleplaying game, as well as its Swords and Sorcery flavour it also draws from the darkly heroic British games and game books of the 70s/80s.

Now in its Remastered version, it is available from: 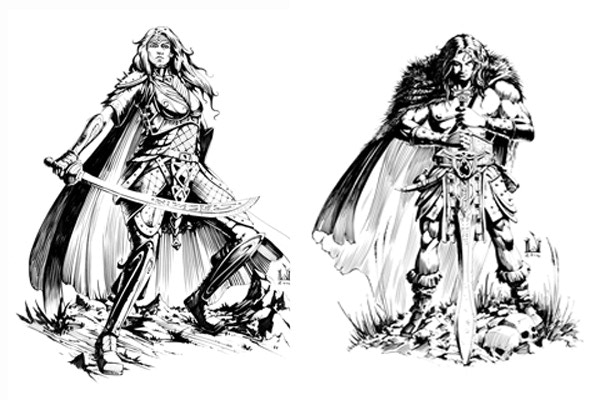 The Book of Doom (A Crypt Keeper’s Guide)

UK M1 Tomb of the Necromancers. Taking place in the frozen north of the Continent of Terror, the characters (of level 6 to 8) are pitted against ravaging barbarians, who seek an ancient weapon for their mistress.

From the Shroud. An irregular zine.

UK-T01 The Tournaments of Madness and Death

Crypts and Things Compatibility Logo  – for 3rd party publishers to use to indicate compatibility with C&T.

Reviews of the First Edition 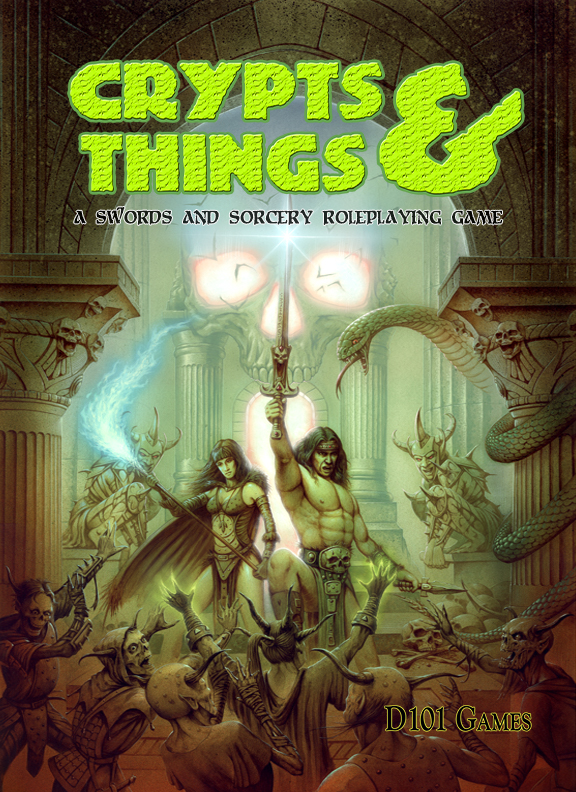