I am pleased to say the free pdf version of the OpenQuest 3rd Edition Quickstart, the Lost Outpost is now available:

This pdf is designed to get players and Referees up and playing OpenQuest, with the minimum of preparation.

It contains the following sections. 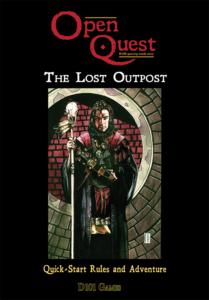