After months of heads-down development, a successful Kickstarter campaign, and refining the final book, I finished the fully laid out, with electronic bookmarks, version of OpenQuest 3 a couple of days ago.  So all that’s left is a final check which is currently been done by the editor and proofreader. Then in about two weeks, the pdf will go out to the backers, and I’ll send

In the meantime, I’m also working on the OpenQuest Quickstart The Lost Outpost which should be ready before the main rule book, and consists of a concise set of rules, pre-made characters and a fully-featured one-shot adventure, which is about an evening’s worth of play.

Here’s the cover by Jonny Gray. 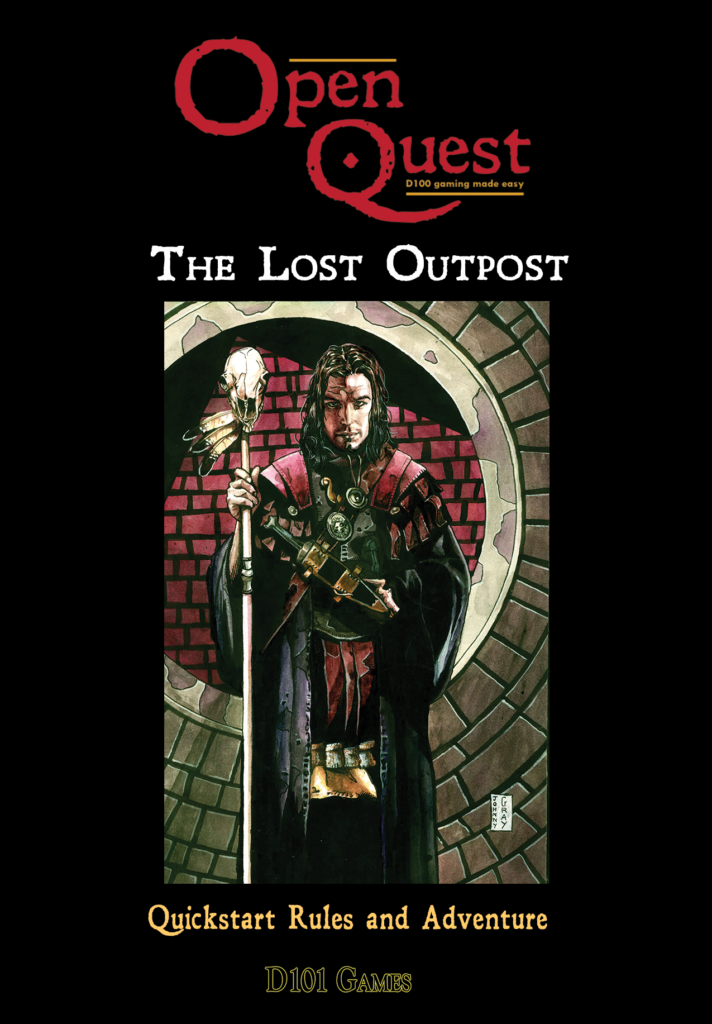